Pilot your mech against an onslaught of dangerous enemies. You must be careful to manage your mech's energy levels. These deplete quickly when firing and using your jump jets. It's critical to find a balance between firing and cooling down.

This represents a 1 level (3 act) demo

All art, music, coding, and animation done by Nate Kling

Your mech has limited energy. Firing weapons and flying between platforms will use up your energy and decrease your firing speed. Energy can be regained by landing on platforms. Use your dash to pass through enemy projectiles and collect rockets to unleash a special volley.

X: Sword (no energy use)

C + arrow direction: Dash (use to move through projectiles)

you can find more of my work at www.natekling.com or on twitter twitter.com/NateKling

Looks great, but is pretty much unplayable on a keyboard layout that is not qwerty - I am on qwertz, so y and z are swapped. Please, either bind Z to Y also, or add key rebinding.
- started it a second time, and noticed that you do have controller support! I would add that to description!

Some thoughts: I would put the main HUD at the top - as a player in a vertical scrolling shmup, you tend to look where the enemies are coming from, which is usually the top. Having to constantly glance down, disturbs the flow atm.

The energy especially ran out more often than I would think it would, and it was hard to gauge how much energy I had left, specifically when flying. A hud element showing the energy directly at the players location could solve that. Edit: now I noticed there IS a bar for the energy at the players position. It is way too small though, so hard to notice.

I had a few instances, where I was hit by things without knowing what actually hit me. I identified two instances of this: the first being the hatch that spawns walkers, while I was above the hatch. The second being projectiles of enemies when I was very close. Both of these instances are usually avoided in Shmups by having a zone around the player, where enemies will not spawn and enemies will not shoot.

I'll give the demo some more playtime in the future and add anything else that I think sticks out. :)

Thanks for playing IkaRisu and I appreciate the feedback ! 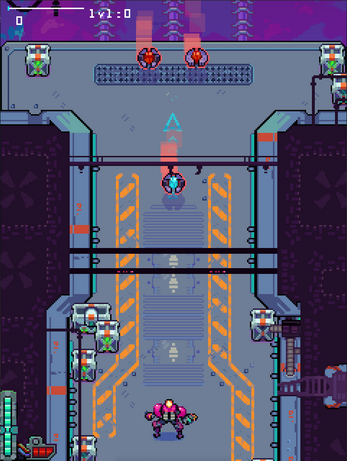 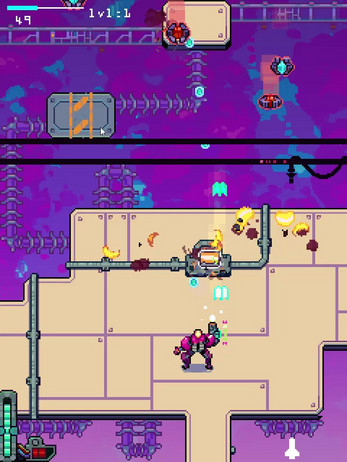 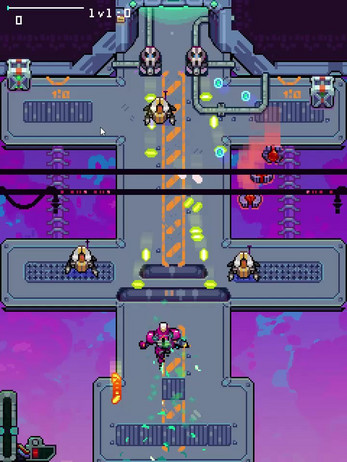